Dear Xen developers, I wanted to announce that Jan Beulich from Novell has been nominated as Xen Hypervisor committer and confirmed by vote by the other Xen committers, namely Keir Fraser, Tim Deegan and Ian Jackson.
Congratulations Jan!
Jan’s Contribution
Jan has made a tremendous contribution to the project over the years and was was one of the top 3 contributors to the project for several years. Just to quote a few stats 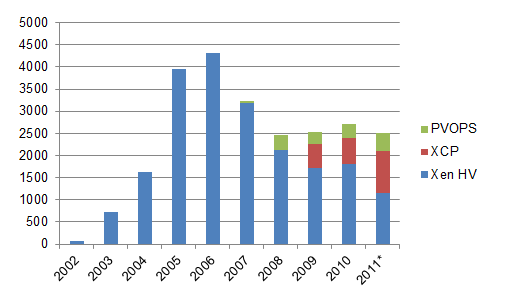 Bugs in the Project Governance
Jan’s election showed some minor bugs in project governance that need correction. For example the original process did not describe the difference between a committer and a maintainer. A revision can be found at revised project governance (changes marked in italics). If you have any feedback, please post on xen-devel with project governance proposal feedback in the title of the e-mail. Feedback must be given by next Monday 18:00 GMT.