The XCP team would like to announce that we have released XCP 1.1. I wanted to thank community members who have tested RC1 for doing so and wanted to let you know that no significant issues have been found. Thus, we promoted the XCP 1.1 RC1 release candidate to final release status: so if you’ve already installed the RC1 release, there is no reason to upgrade.
New XCP Features
Here are some features included in XCP 1.1: 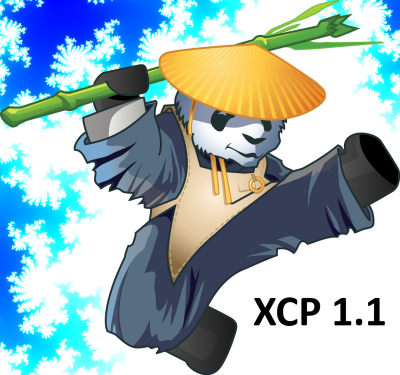 Thanks again to all our beta testers. And extra thanks to everyone for being exceedingly patient with our long beta period! We’re in the middle of revamping our internal build system right now. Once we finish this work, XCP releases should be easier for us to produce. This work will also allow us to produce development snapshots of XCP releases in between stable point releases, to allow people to test new features as they make it into XCP’s and XenServer’s mainline.
I hope everyone enjoys using XCP 1.1. Keep an eye out here for news on the upcoming XCP 1.5 release schedule!
New Docs!
Note that new XCP documentation has been written on the wiki: thank you to the community members who have contributed. In particular I wanted to thank Andrew Eross from Locatrix for the new XCP HowTo documents. We still need to create a nice and easy to use index for XCP docs, but in the meantime you can easily find the docs by searching for XCP.