It’s not often in life that you get a chance to do what you love — twice.
A few years ago, I was given the opportunity to spend my days working with and talking about Open Source software.Â  It was exhilarating while it lasted, but after a few years, I had to return to product-based professional services to make a living.
Fast forward another nine years and the opportunity to work with and talk about Open Source has returned — and I couldn’t be happier about it. 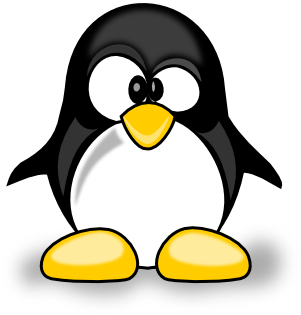 For those of you who didn’t run into me the first time around, let me introduce myself.Â  My name is Russell Pavlicek.Â  I am a passionate believer in Open Source software.Â  And I have a really big mouth.
In 1995, I was working in Professional Services for the now-defunct Digital Equipment Corporation (eaten by Compaq, which was, in turn, eaten by HP) when I became involved with an effort requiring quick development of Unix skills.Â  I wasn’t much of a Unix guy, so when I saw an ad in a computer catalog for a PC-based Unix called “Linux” (Yggdrasil Plug-n-Play, Nov 1994 edition to be specific), I jumped at the chance to order it.Â  A day later, when the team involved in the aforementioned effort covened, I discovered that most of my coworkers needed additional Unix skills as well. In a moment blessed with tinges of both irony and prophecy, I shared my discovery of Linux with them. The ironic element was that I was advocating software I had never used and knew nothing about.Â  The prophetic element was that this advocacy of Open Source would characterize my professional direction for the years which followed.
Over a little time, I learned that this software was much more than just an inexpensive solution to my problem; it was the result of an entirely different concept of how software can be written.Â  And this marked the beginning of a new passion in my professional life.
As the dotcom bubble expanded and then burst, I was given the opportunity to talk about Open Source to anyone who would listen. I became an Open Source columnist for Infoworld Magazine, then a Linux columnist for Processor Magazine, while being a freelance journalist for a number of Open Source community websites.Â  I authored a book, Embracing Insanity: Open Source Software Development, which sold the bulk of its copies in the week after Slashdot review it. I became a regular speaker at conferences such as LinuxWorld Conference and Expo, OSCON, and a number of other venues. I was a regular panelist and occasional fill-in host for the dearly departed “The Linux Show” webcast.
During this period, the work was fantastic, but then the opportunities began to dry up. To feed my family, I had to re-enter the professional services workforce in 2004. My ability to speak out dwindled as my employers claimed rights to my public statements. While I still advocated Open Source whenever I could, I faded from community view.
Numerous attempts to find a position which would enable me to speak out again failed to reach fruition — until now.
I recently signed on to be a Xen Evangelist for Citrix Systems, and I am thrilled. The fetters are off. Open Source is the subject, and I get to spend every day working with it and talking about it. Life is good!
I’ll save my comments about Xen to another post, but after spending years dealing with software desperately trying to meet the expectations set by its press releases, I am enjoying working with fully functional software lacking a clear voice in the marketplace. It’s much more fun talking about what works than what doesn’t. And Xen really does work.