As part of the move of Xen to the Linux Foundation, I have made a few proposals for Governance changes on the Xen Project mailing lists in the last few weeks. To avoid voting fatigue, several proposals are up for review or voting: 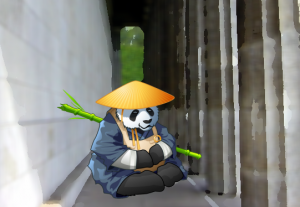 Note that changes to governance documents are marked in the following way:

The following two proposals are up for vote using this voting form. As the two proposals affect all Xen Project teams, all committers, maintainers and project leads of Mature projects and the community manager can vote. The vote will be open until May 20, 2013.

The Xen Project Governance v2 has been out for community review since April 30th. It is now time to vote using the voting form above.

On April 14th, we started a discussion on naming list conventions, which then became a proposal for Mailing List Conventions. There seems to be no controversy, thus it is time to vote using the voting form above.

In the last update on the security problem response process, we promised a vote in mid-January. Near the end of the window, some changes were proposed, and we were somewhat sidetracked with launching Xen as a Linux Foundation Collaborative Project.
As this process impacts many Xen users, we feel that it is prudent to run through a final week of community review (closing on Monday May 20th), followed by a formal vote by maintainers, committers and the project lead of the Hypervisor project a week later. Review comments are to be posted in response to this thread. The proposal can be found here.

For Vote: Dates and Locations for 2014 Events

As it is very hard to book event space on short notice, I wanted to ask you all where to hold Xen Project user and developer events in 2014. Earlier this year, there was a debate whether we should rotate Xen Events around the globe. The answer was a very strong yes. As we have a Hackathon and Xen Developer Summit in Europe this year, Europe will not be an option for a developer event in 2014.
Rather than creating a voting form, I decided to use the voting feature on the new Xen Project website. To vote, you need to create an account. If you have difficulties, let me know. The poll is here. The vote will stay open until the middle of June. Anybody in the community can vote.