This diagram shows the number of OpenStack Nova drivers for Hypervisors, which allow you to choose which Hypervisor(s) to use for your Nova Deployment. Note that these are classified into groups A, B and C. Xen Project is now in Quality Group B.

Quality groups are defined as follows:

What does this mean in practice?

The easiest way to understand what this means in practice, is to look at a real code review as shown in the figure below. 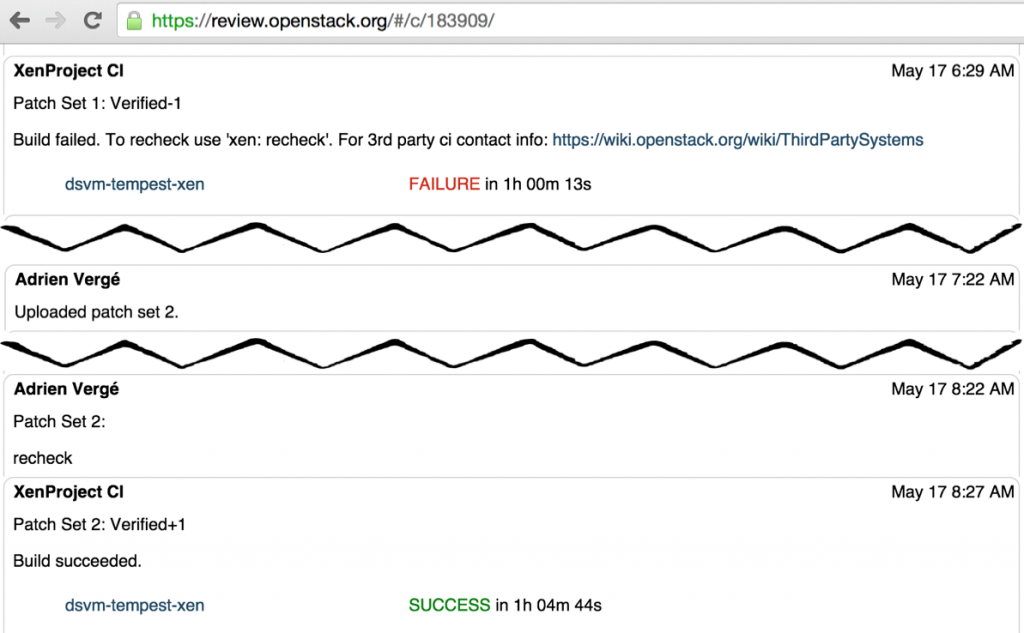 This diagram shows how the functional tests for the Xen Project initially failed, and passed after a new patch was uploaded.

This code review shows that the OpenStack Jenkins instance (running on KVM) and the Xen Project CI LoopÂ failed their respective tests initially, so a new patchset was uploaded and the tests succeeded afterwards. 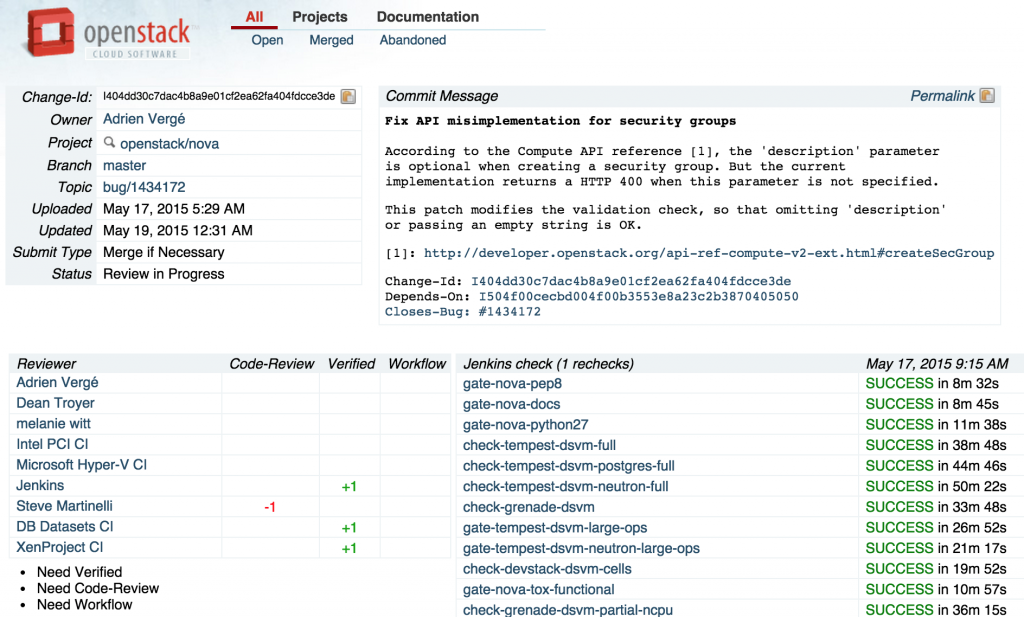 This diagram shows the status after a new patchset was uploaded. Note that the review of the patchset is still pending manual review.

There are a number of sessions at this week’s OpenStack Summit that are worth attending including:

Other third-party CI-related sessions include:

Note that there are also weekly Third Party CI Working Group meetings for all operators of 3rd party CI loops in #openstack-meeting-4 on Wednesdays at 1500/0400 UTC alternating organized by Kurt Taylor (krtaylor). Third party CI operators interested in enhancing documentation, reviewing patches for relevant work, and improving the consumability of infra CI components are encouraged to attend. See here for more information on the working group.