The article from Lars Kurth, the Xen Project chairperson, was first published on Linux.com.
A few weeks ago, Citrix and Bitdefender launched XenServer 7 and Bitdefender Hypervisor Introspection, which together compose the first commercial application of the Xen Project Hypervisorâ€™s Virtual Machine Introspection (VMI) infrastructure. In this article, we will cover why this technology is revolutionary and how members of the Xen Project Community and open source projects that were early adopters of VMI (most notably LibVMI and DRAKVUF) collaborated to enable this technology.

Today, malware executes in the same context and with the same privileges as anti-malware software. This is an increasing problem, too. The Walking Dead analogy I introduced in this Linux.com article is again helpful. Letâ€™s see how traditional anti-malware software fits into the picture and whether our analogy applies to anti-malware software.
In the Walking Dead universe, Walkers have taken over the earth, feasting on the remaining humans. Walkers are active all the time, and attracted by sound, eventually forming a herd that may overrun your defences. They are strong, but are essentially dumb. As we explored in that Linux.com article, people make mistakes, so we canâ€™t always keep Walkers out of our habitat.
For this analogy, letâ€™s equate Walkers with malware. Letâ€™s assume our virtualized host is a village, consisting of individual houses (VMs) while the Hypervisor and network provides the infrastructure (streets, fences, electricity, â€¦) that bind the village together.
Enter the world of anti-malware software: assume the remaining humans have survived for a while and re-developed technology to identify Walkers fast, destroy them quickly and fix any damage caused. This is the equivalent of patrols, CCTV, alarmed doors/windows and other security equipment, troops to fight Walkers once discovered and a clean-up crew to fix any damage. Unfortunately, the reality of traditional malware security technology can only be deployed within individual houses (aka VMs) and not on the streets of our village.
To make matters worse, until recently malware was relatively dumb. However, this has changed dramatically in the last few years. Our Walkers have evolved into Wayward Pineâ€™s Abbies, which are faster, stronger and more intelligent than Walkers. In other words, malware is now capable of evading or disabling our security mechanisms.
What we need is the equivalent of satellite surveillance to observe the entire village, and laser beams to remotely destroy attackers when they try and enter our houses. We can of course also use this newfound capability to quickly deploy ground troops and clean-up personnel as needed. In essence that is the promise that Virtual Machine Introspection gives us. It allows us to address security issues from outside the guest OS without relying on functionality that can be rendered unreliable from the ground. More on that topic later.

From VMI in Xen to the First Commercial Application: A Tale of Collaboration 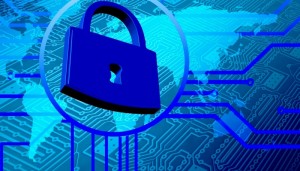 The development of Virtual Machine Introspection and its applications show how the Xen Project community is bringing revolutionary technologies to market.

The idea of Virtual Machine Introspection for the Xen Project Hypervisor hatched at Georgia Tech in 2007, building on research by Tal Garfinkel and Mendel Rosenblum in 2003. The technology was first incorporated into the Xen Project Hypervisor via the XenAccess and mem-events APIs in 2009. To some degree, this was a response to VMwareâ€™s VMsafe technology, which was introduced in 2008 and deprecated in 2012, as the technology had significant limitations at scale. VMSafe was replaced by vShield, which is an agent-based, hypervisor-facilitated, file-system anti-virus solution that is effectively a subset of VMsafe.
Within the Xen Project software however, Virtual Machine Introspection technology lived on due to strong research interests and specialist security applications where trading off performance against security was acceptable. This eventually led to the creation of LibVMI (2010), which made these APIs more accessible. This provided an abstraction that eventually allowed exposure of a subset of Xenâ€™s VMI functionality to other open source virtualization technologies such as KVM and QEMU.
In May 2013, Intel launched its Haswell generation of CPUs, which is capable of maintaining up to 512 EPT pointers from the VMCS via the #VE and VMFUNC extensions. This proved to be a potential game-changer for VMI, enabling hypervisor controlled and hardware enforced strong isolation between VMs with lower than previous overheads, which led to a collaboration of security researchers and developers from Bitdefender, Cisco, Intel, Novetta, TU Munich and Zentific. From 2014 to 2015, the XenAccess and mem-events APIs have been re-architected into the Xen Project Hypervisorâ€™s new VMI subsystem, alt2pm and other hardware capabilities have been added, as well as support for ARM CPUs and a baseline that was production ready has been released in Xen 4.6.
Citrix and Bitdefender collaborated to bring VMI technology to market: XenServer 7.0 introduced its Direct Inspect APIs built on the Xen Projects VMI interface. It securely exposes the introspection capabilities to security appliances, as implemented by Bitdefender HVI.

What Can Actually Be Done Today?

Coming back to our analogy: what we need is the equivalent of satellite surveillance to observe the entire village. Does VMI deliver? In theory, yes: VMI makes it possible to observe the state of any virtual machine (house and its surroundings in the village), including memory and CPU state and to receive events when the state of the virtual machine changes (aka if there is any movement). In practice, the performance overhead of doing this is far too high, despite using hardware capabilities.
In our imagined world that is overrun by Walkers and Abbies, this is equivalent to not having the manpower to monitor everything, which means we have to use our resources to focus on high value areas. In other words, we need to focus on the suspicious activity on system perimeters (the immediate area surrounding each of our houses).
This focus is executed by monitoring sensitive memory areas for suspicious activity. When malicious activity is detected, a solution can take corrective actions on the process state (block, kill) or VM state (pause, shutdown) while collecting and reporting forensic details directly from a running VM.
Think of a laser beam on our satellite that is activated whenever an Abbie or Walker approaches our house. In technical terms, the satellite and laser infrastructure maps to XenServerâ€™s Direct Inspect API, while the software which controls and monitors our data maps onto Bitdefenders Hypervisor Introspection.
It is important to stress that monitoring and remedial action takes place from the outside, using the hypervisor to provide hardware-enforced isolation. This means that our attackers cannot disable surveillance nor laser beams.
Of course, no security solution is perfect. This monitoring software may not always detect all suspicious activity, if that activity does not impact VM memory. This does not diminish the role of file-system-based security; we must still be vigilant, and there is no perfect defense. In our village analogy, we could also be attacked through underground infrastructure such as tunnels and canalisation. In essence this means we have to use VMI together with traditional anti-malware software.
How does VMI compare to traditional hypervisor-facilitated anti-virus solutions such as vShield? In our analogy, these solutions require central management of all surveillance equipment that is installed in our houses (CCTV, alarmed doors/windows, â€¦) while the monitoring of events is centralized very much like a security control centre in our village hall. Albeit such an approach significantly simplifies monitoring and managing of what goes on within virtual machines, it does not deliver the extra protection that introspection provides.
You can find more information (including some demos) about VMI, XenServer Direct Inspect API and BitDefender Hypervisor Introspection here:

The development of VMI and its first open source and commercial applications show how the Xen Project community is innovating in novel ways, and is capable of bringing revolutionary technologies to market. The freedom to see the code, to learn from it, to ask questions and offer improvements has enabled security researchers and vendors such as Citrix and Bitdefender to bring new solutions to market.
It is also worth pointing out that hardware-enabled security technology is moving very fast: only a subset of Intel’s #VE and VMFUNC extensions are currently being deployed in VMI. Making use of more hardware extensions carries the promise of combining the protection of out-of-guest tools with the performance of in-guest tools.
What is even more encouraging is that other vendors such as A1Logic, Star Lab and Zentific are working on new Xen Project-based security solutions. In addition, the security focused, Xen-based OpenXT project has started to work more closely with the Xen Project community, which promises further security innovation.
A few of these topics will be discussed in more detail during Xen Project Developer Summit happening in Toronto, CA from August 25 – 26, 2016. You learn more about the event here.