It has been one year since the Xen Project introduced Unikraft as an incubator project. In that 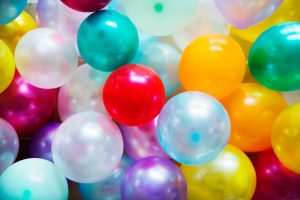 Photo by rawpixel on Unsplash

time, the team has made great strides in simplifying the process of building unikernels through a unified and customizable code base.

Unikraft is an incubation project under the Xen Project, hosted by the Linux Foundation, focused on easing the creation of building unikernels, which compile source code into a lean operating system that only includes the functionality required by the application logic. As containers increasingly become the way cloud applications are built, there is a need to drive even more efficiency into the way these workloads run. The ultra lightweight and small trusted compute base nature of unikernels make them ideal not only for cloud applications, but also for fields where resources may be constrained or safety is critical.

Unikraft tackles one of the fundamental downsides of unikernels: despite their clear potential, building them is often manual, time-consuming work carried out by experts. Worse, the work, or at least chunks of it, often needs to be redone for each target applications. Unikraft’s goal is to provide an automated build system where non-experts can easily and quickly generate extremely efficient and secure unikernels without having to touch a single line of code. Further, Unikraft explicitly supports multiple target platforms: not only virtual machines for Xen and KVM, but also OCI-compliant containers and bare metal images for various CPU architectures.

Over the last year the lead team at NEC Laboratories Europe along with external contributors from companies like ARM and universities such as University Politehnica of Bucharest have made great strides in developing and testing Unikraft’s base functionality, including support for a number of CPU architectures, platforms, and operating system primitives. Notable updates include support for ARM64.

The Unikraft community continues to grow. Over the last year, we’ve seen impressive momentum in terms of community support and involvement:

The initial NEC code contribution was around 86KLOC: since then around 34KLOC of code have been added and/or modified.
An upcoming milestone for the project is the Unikraft v0.3 release, which will ship in February.

Initial VFS support along with an a simple but performant in-RAM filesystem
We are very excited about this coming year, where the focus will be on automating the build process and supporting higher-layer functionality and applications:

Applications: lighttpd, nginx, SQLite, Redis, etc.
Looking forward, in the first half of 2019 Unikraft will be concentrating its efforts towards supporting an increasing number of programming languages and applications and towards actively creating links to other unikernel projects in order to ensure that the project delivers on its promise. Stay tuned for what’s in store. If you want to take Unikraft out for a spin, to contribute or to simply find out more information about Unikraft please head over to the project’s website.

Also, if you are attending FOSDEM, February 2nd and 3rd, please stop by room AW1.121 for the talk “Unikraft: Unikernels Made Easy,” given by Simon Kuenzer. Simon, a senior systems researcher at NEC Labs and the lead maintainer of Unikraft, will be speaking all about Unikraft and giving a comprehensive overview of the project, where it’s been and what’s in store.

Want to learn more about Unikraft and connect with the Xen community at large? Registration for the annual Xen Project Developer and Design Summit is open now! Check out information on sponsorships, speaking opportunities and more here.