Xen Project Starts the New Year with a Bang!

January Features Major Xen Project Activities at Two of the Biggest FOSS Conferences of the Year!
The Xen Project is starting 2016 on a high note by sponsoring major events at both the largest community-run FOSS conference in North America (SCALE) and the world (FOSDEM). In addition to a flurry of technical talks in the main program of each conference, Xen Project is organizing additional co-located events.

Xen Project is proud to announce the worldâ€™s most wide-ranging Unikernel user event ever held! We have a full day of talks which cover everything from the basics of Unikernels to building Unikernels to reworking the cloud to adapt to the realities of Unikernels. We have speakers from some of the biggest research companies (like IBM, NEC, and Ericsson) as well as some of the most leading edge organizations. Just take a look at the talk lineup:

To join us, simply register at the SCALE 14x website.
And all this is in addition to a couple Xen Project talks in the SCALE program itself:

As in past years, the Xen Project will have a booth and demos at FOSDEM and is well represented at FOSDEM Devrooms.

To join us, simply attend FOSDEM (no registration required) and enjoy the talks. 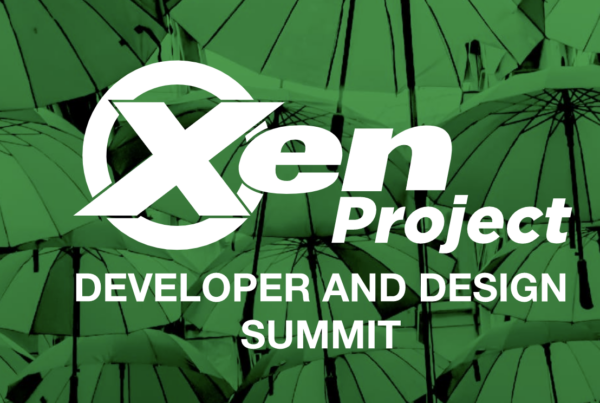